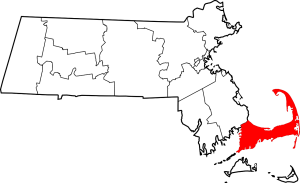 Click Here For All Of Our Recent Barnstable County Case Results

Were you recently arrested and charged with drunk driving in Barnstable County, Massachusetts? Never face a DUI charge alone. Reach out to a Massachusetts OUI / DUI defense attorney immediately to start your case off on the right foot and assemble an effective defense. Your best bet is to work with a local Barnstable attorney who is intimately familiar with the Barnstable County court system and has a long track record of proven results for other clients in the Barnstable region.

• 1st Offense DUI: People from all walks of life get charged with DUI. Most first-time offenders are good people who made a bad decision, found themselves in a difficult situation, or were subject to a misunderstanding. The police can make mistakes, too. But don’t lose hope. With an experienced Barnstable Attorney at your side, you’ll have consistent guidance throughout the legal process and an ally who will defend your rights. Many people get through this experience and move on with their lives. There’s no reason you can’t, too.

• 2nd Offense DUI: A second OUI offense is still considered a misdemeanor under Massachusetts law unless the OUI resulted in serious bodily injury or death. Many people charged with a second OUI offense in Barnstable County are worried about the possibility of jail time. However, it’s important to note that most people who get charged with a second OUI do not serve jail time. Instead, most people qualify for an alternative disposition, which includes a period of probation or a suspended jail sentence and other requirements.

• 3rd Offense DUI: It’s your right to challenge the county of Barnstable to meet its burden of proof. The stakes are much higher on a third OUI, which is a felony charge where an alternative disposition is no longer an option. Fight for your rights and take your third OUI case to trial with an experienced Barnstable lawyer who is 100% specialized in DUI defense at your side.

• 4th Offense DUI: The ramifications of a felony fourth DUI conviction are significant. A conviction would mean a minimum jail sentence and 10-year license loss. However, no matter how many times you’ve been charged or convicted of OUI in Massachusetts, a prior record cannot be used against you or mentioned at trial. There is no incentive to plead or admit to the charge because of this minimum jail sentence. Your best chance is to fight the charges with a seasoned Barnstable DUI attorney at your side and assert your right to hold the court to a high burden of proof.

• 5th Offense DUI: A Fifth Offense OUI is a felony and a conviction comes with a minimum mandatory jail sentence and a lifetime license loss. How this kind of charge might affect your life, your family, and your career is not lost on our firm of experienced Barnstable attorneys. Rest assured, the jury will not know that this is your fifth offense. The stakes are higher, but there is no fundamental difference in your chance to be found innocent of a fifth-time OUI offense at trial than any other OUI  charge. We’ll be here to fight for you, tooth and nail, every step of the way.

• Under 21 DUI Offenses: The crime of OUI has serious standards and penalties that are unrelated to the age of the driver. However, since the passage of Menalie’s law in 2002, a person under 21 is in a very unique position in Massachusetts OUI law. Breath test-related license suspensions can be severe, and it’s not easy to change a criminal record, even if conviction happened while you were a minor. Protect your child’s future, retain the services of a Barnstable lawyer with deep experience in DUI defense for individuals under 21, and give yourself the best possible shot at a positive result in the case.

• Cinderella License/Hardship License: This is a time-restricted license, hence the nickname “Cinderella.” You cannot get a “Cinderella License” during a suspension that resulted from a refusal or failure of the Breathalyzer Test unless you plea/admit to the DUI/OUI and are sentenced to the First Offender’s Alcohol Education Program. “Cinderella” licenses can only be issued during Barnstable DUI suspensions that come as a result of either a conviction or a plea/admission to the charge. Even then, you will be eligible for a Hardship License only after you have served a specified period of your Barnstable DUI suspension.

We serve the following courthouses in Barnstable County:

Nonetheless, there are several factors that may make a case in the Barnstable region unique. The specific Barnstable County court that hears your case has broad discretion in sentencing. If your legal counsel is familiar with the judges, prosecutors, and behavior of the county court, they’ll be well equipped to build a stronger case with respect to those preferences.

The disparity between these two results is reason enough to seek a local Barnstable lawyer who is intimately familiar with Barnstable County judges’ methodologies and legal perspectives.

Do I Need a Local Barnstable Lawyer For My Massachusetts DUI Defense?

We strongly recommend it. There’s something to be said for knowing the lay of the land. An out-of-state or out-of-region attorney will not be accustomed to the personalities involved with DUI trials in the area where your case is being handled. A local Barnstable County DUI defense attorney will have unique insights into the Barnstable court system.

Even though drunk driving laws are the same across the state, a Barnstable lawyer may have more foreknowledge of how judges in the local court system have treated certain kinds of evidence or standards of proof in the past, which may influence how they would build your defense. Every judge is different, but court systems will commonly consider how Massachusetts OUI laws and statutes have been previously interpreted in local case law.

Finally, a local Barnstable lawyer can come to you. Most OUI / DUI arrests in Massachusetts result in some form of driver’s license suspension (generally from failing or refusing a breathalyzer test). It will be much easier for an attorney right in Barnstable county to meet with you at a convenient location to collaborate on your DUI defense.

You won’t get to choose the court that hears your DUI trial. Every county in Massachusetts has multiple district courts that handle criminal OUI / DUI trials. This can matter if your charges are in a different county than the one where you live (for example, if you live in Barnstable but were charged in Boston).

In Barnstable County, there are three local district courts that hear trials and preside over charges that were brought in certain areas of the county, including: Falmouth, Barnstable, Yarmouth, Sandwich, Bourne, Mashpee, Brewster, Chatham, Dennis, Eastham, Orleans, Harwich, Truro, Wellfleet and Provincetown.

Does It Matter Which Barnstable County Court Takes My Massachusetts DUI Case?

The busier Barnstable County Courts in more populous districts may have a longer backlog of cases to hear, which could mean a longer wait before your trial. On the bright side, this gives you more time to work with a Barnstable lawyer on an effective defense. The tradeoff is that the case’s uncertain outcome will linger in the meantime (unless you reach a plea deal or uncover grounds for dismissal).

Always seek legal counsel from a local Barnstable attorney who is familiar with (and has real trial experience in) the Barnstable court that will hear your case. An attorney who has frequently worked in the actual courthouse for your case will be familiar with the nuances, people, and personalities involved.  This could lead to several advantages, such as foreknowledge of how local court judges have treated certain standards of proof or types of evidence in past DUI trials. Every judge will defer to the letter of the law, but it’s common for a court to take previous interpretations of the Massachusetts OUI statute and local OUI / DUI trial precedents into consideration.

How Do I Prepare For My Trial In a Barnstable County Court?

The trial will likely happen months after you are officially charged with OUI. The first time you’ll appear at a Barnstable County Court is for your arraignment, where a plea of Not Guilty will be entered on your behalf. In most cases, the arraignment happens very quickly after the initial arrest, so pay close attention. We recommend that you plead Not Guilty and assert your right to a trial.

Most of the work occurs before the trial begins. Review all of the facts of the case with your Barnstable county attorney to determine the best possible approach for your defense. Your attorney be will looking for many things, including:

Barnstable County Courts are open Monday through Friday from 8:30 AM to 4:30 PM, so be prepared for the trial to potentially start promptly at 9:00 AM (and arrive early).  Let your lawyer lead the process, and know it’s possible that the trial may not be resolved in one day.

If you need representation for your OUI / DUI trial in a Barnstable County Court, there’s no time to waste. Consult with an experienced Boston OUI attorney today to go over your case and determine the best approach for your defense.

Barnstable attorney Joseph Higgins specializes in defending charges of DUI.  He is one of only a few attorneys in all of Massachusetts whose practice is devoted exclusively to drunk driving defense.  Attorney Higgins has appeared in over 60 courts across Massachusetts and has been identified by Super Lawyers Magazine as a “Rising Star” in the field of DUI/DWI Defense — a distinction reserved for only 2.5 percent of attorneys in the state.

If you do not have the means to travel to Barnstable DUI Attorney Higgins, he can meet you at a location of your choice to discuss your OUI case in depth.

Directions to our Southshore Office from Barnstable County

Directions to visit our  Northshore  Office from Barnstable County

Directions to our Boston Office from Barnstable County